Well, I haven't been posting much...but I have been creating! I'll just share one tonight...

I have a friend who is in a neighboring state right now waiting for clearance from the authorities to bring her lovely newborn daughter home...oh, so heartwarmingly precious!

To congratulate her on the new addition, I used some Unity KOM stamps and some sweet heart buttons I had lying around...

This card was inspired by the banner/pennant challenge that Unity had for the last month...I'm posting too late to join in...but the card was too cute not to share anyway!

I'll link it up to Friends with Flair on friday! 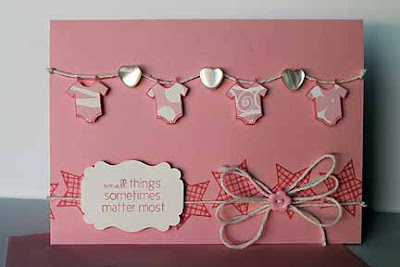 I pop-dotted the onesies after fussy cutting... The sentiment on the inside was part of the prize package I won for commenting on a Friends with Flair post a bit ago...25 whole stamps...I couldn't believe how generous a prize it was!!! Thank you, Unity!!! 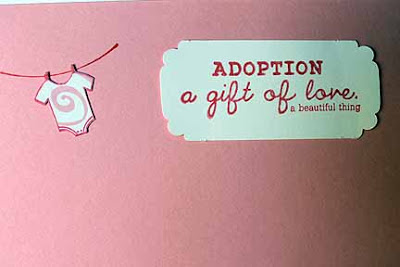 Supplies:
Thanks for looking!